We continue our series of club development blogs which aim to help grassroots football clubs with a variety of key matters. This latest blog looks at the financial side of running a club, one of the critical areas for sustaining a club at this level.

We all know that the cost of running a football club at our level of the game has never been higher and that this is one of the two core factors, alongside player availability/commitment, that contributes to many clubs struggling to continue.

WHAT COSTS ARE GOING UP?

For those directly involved with running clubs, you’ll be all too aware of the answer to this question. Facilities. The cost of renting facilities for training and the cost of hiring football pitches are the two biggest costs that any club at grassroots level will face each year.

Many of us will remember the times when a local authority football pitch might only set you back a few hundred pounds whereas now you’ll be lucky to get much change out of a grand. And this is before you consider the standard of pitches they provide which don't seem to improve at the same rate as the cost… but that’s a topic for another day!

It’s fair to say that leagues and county football associations are doing their bit by keeping fees static and, in some cases, even lowering fees. This is particularly the case this summer as many leagues and county FAs have slashed or removed fees completely for 2021/22 to negate the impact of COVID-19. Every little helps!

For many clubs, the simplest and most effective way to recoup all (or at least most) of this outgoing cost is through your players. To put it bluntly, your players are effectively paying for a service – participation in an arranged sporting activity – and should be expecting to make some contribution to the running of that activity. How much that contribution amounts to will of course vary.

It's becoming an all too familiar story of club after club going to the wall because players weren't paying their way and it was being left to one or two individuals to pick up the tab. They wouldn't go to the local gym, spend ninety minutes on the equipment and then walk out without paying would they!? Therefore they shouldn't expect to do that in your club either. Get your players in the right mindset from the very beginning and you will sort the wheat from the chaff, so to speak. Of course, there are some demographics to consider, for instance, those who are unemployed, students or those on low incomes for whom you might want to have a seperating pricing structure for. Ultimately you have to consider your bottom line and remember that, although you may want to be, you are not a charity.

The key is setting an annual membership fee and match/training fee that is reasonable and attractive to players that you are looking to retain or recruit while bearing in mind your likely total outlay for the year. The larger bills are always at the outset of the season for your pitch fees along with league subscriptions. That means that, unless you’ve got some money stashed away from the previous season, you’ll need to collect a fair proportion of your funds upfront in the form of an annual membership fee. This is commonly in the region of £40-£100 at our level of the game.

Alternatively, you may decide that a fixed monthly fee is the way to go for your club. This could be a figure that you decide upon that players pay each month by standing order direct to your club’s bank account that covers their match fees, training fees plus a contribution to the various other charges throughout the season. Taking this route makes the administration of the collection far easier so long as you are on the ball to check the payments received each month but surely that is easier than collecting a whole bunch of coins and notes after each game? The downside to this system is your policy on refunds for the player not playing every match or becoming injured meaning that some level of refund may be necessary. Ensure that you have this policy planned, in place and communicated to your players from the outset.

Once those big bills are settled at the start of the season, you will still have ongoing costs throughout the rest of the season on items such as referees fees, replenishing equipment such as match balls and maybe paying fines. It is very common therefore for clubs to set a match/training fee of £3 to £10 per match/session/week to cover these costs. Consider how you are collecting those fees also i.e. will you collect cash, request bank transfer or even take contactless card payments?

Many clubs are beginning to purchase card readers such as those offered by SumUp or Zettle, these offering a simple payment collection option for a small percentage of the payment collected. This is perhaps something to consider in the age of players carrying around less cash and to avoid too much transfer of cash between hands.

Selling advertising space – This could be boards or banners around your pitch, an advert on your club’s website or social media account, space on your shirts/warm-up kit, other equipment. Small firms can get good publicity and create valuable goodwill by sponsoring a local team, event or good cause. Sell your club, and the benefits that come from sponsoring your team, including the number of members and teams you run, as well as events or functions. Tell potential sponsors about any crowds you may get, as well as social media mentions or any other media, all of which is good exposure for the business. Sponsorship can also be a much cheaper way of getting the company name known, as marketing campaigns are often much more expensive.

Sponsored Challenges – Fun walks, charity matches, doughnut eating competition, 12 hour sponsor – thon, great to raise money and heighten the profile of your club. Get a newspaper to mention event beforehand, and ask a reporter to come down to cover it. Open the event up to the public, as well as ensuring that current members engage in the challenge. You could also try and get local businesses that may relate to the event in someway involved. For example, the local bakery may supply doughnuts for an eating competition in return for a mention at the event or in the newspaper coverage. These are perhaps some quite extreme examples of events that you can arrange but the possibilities are endless with a bit of thought and some hard work.

Quiz/race nights –If promoted correctly, this can be a great way to attract possible new members, engage with the local community and at the same time make some money for your club. This could tie in with other ideas, such as raffles or auctions. Think about your target audience when designing a quiz, and create a community feel to attract as many non-club members as possible. Get your players to sign up to a table each and bring along friends, family and colleagues!

"Bus-stop" fundraising scratchcards - now a little old-fashioned, these were all the rage in years gone by. Often a group of players would go back to their local pub or clubhouse after a game and sell places on their "bus-stop" scratchcard to their mates, spectators or anybody else in the pub or clubhouse at the time. The winner would take a fixed amount from the takings with the balance going into the club's coffers. You'll probably not make too much from it but every little helps and doing these each week for a season could bring you in a tidy total!

Recycling: mobile, clothes, ink cartridges and more – Ask around club members for any unwanted possessions they may have in their house. Many people will have lots of goods they do not use or want, but have not got the time or simply have not got round to recycling. Ask someone from the club to be in charge of collecting and selling the equipment, with all the funds raised going to the club. Members may also see it as a chance to have a clear out without having to sell the equipment themselves. Also open it up to the general public, by having a box where people can drop off unwanted goods to be recycled by the club. If the club or members have things that cannot be recycled, why not set up an Ebay account and sell what isn’t needed anymore, raising funds for the club. There are many websites that recycle used goods, a simple Google search will provide plenty of suitable websites.

Easy Fund Raising - A new and innovative way your club can raise funds through its members is to sign up for Easy Fundraising. Easy Fundraising provides a free fundraising service where funds can be raised for the club by your club members every time they shop online.

Choose from over 2000 of the UK’s best-known retailers including many popular names such as Amazon, Next, Argos, John Lewis and HMV, and when you shop using the links on the site up to 15% from every purchase made is donated to the club. It doesn’t cost a penny extra to shop and raise funds for your cause using our site, and as many retailers now give extra discounts when you buy online, you can even save money. This could provide an ongoing source of funding for the club.

Find out more and how to register at: http://www.easyfundraising.org.uk/

Last Man Standing - Another increasingly popular way of making football clubs some money is to run a Last Man Standing competition alongside the Premier League football season. To put it simply, you get your players to pay a fee and back a team to win. If that team wins, the player carries on to the following week. If not, they’re out! You decide how much of the “pot” that the winner will collect at the end and how much goes back to your club.

Where else can I get help?

Your local county FA will often have grant schemes available at various stages through the year that you can tap into although, undoubtedly, there may be criteria that have to be met to qualify for a payment. Get in touch with your local county FA development team who will be on hand to support you as best they can. In recent years, this has included schemes for new clubs setting up (Grow the Game) and for existing clubs (Stay in the Game) although the availability for funds differs from season to season.

You could also consider the benefits of becoming a Charter Standard football club which, once approved, provides significant discounts on things such as coaching courses, teamwear and training equipment through approved suppliers. If this is something you’d like to discuss further, again speak with your county FA development team. For an adult club, there is not too much that you would need to do to obtain this kitemark and it is well worth considering it as a way of highlighting your club as one of good standing - more on this in another blog coming out soon!

There is also a very helpful website run by Sport England called Club Matters which contains a heap of practical and useful information for new and existing clubs of all levels:

Hopefully this article has given you some insight into different ways of bringing much needed funds into your club. I’m sure that there are many, many other initiatives that clubs use to raise funds and if you would be willing to share some of your best practices, please do so through one of our social media channels. 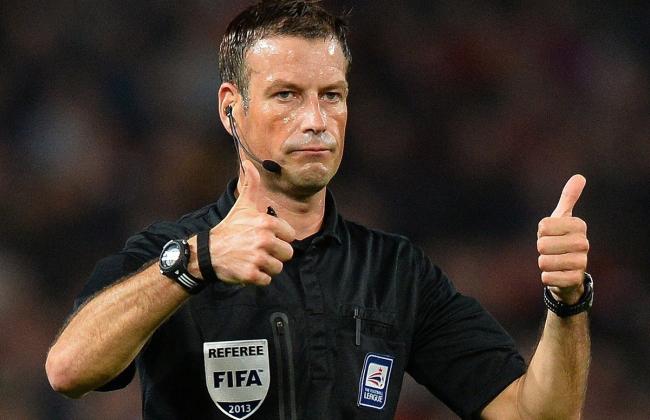 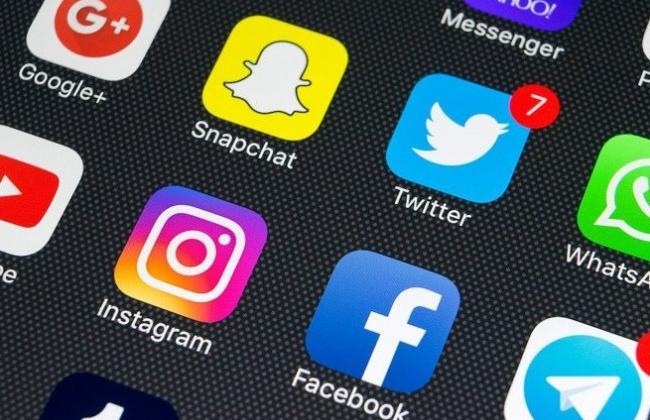 Harnessing the positive power of social media in grassroots football 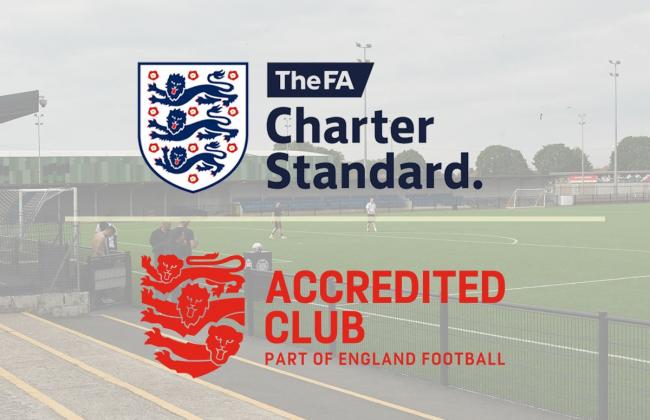